The Cap Corse and Nebbiu

With its popular fishing villages of Maccinagio and Centuri, the Cap Corse, with Bastia at its helm, has always been the region of Corsica turned towards the sea and its trading activities: fishing obviously but also the shipping of olive oil, wine, firewood, cork. This marine merchant influence came mostly from the Genoese who heavily developed tradng between the north and Tuscany.

This influence can also be seen in the development of advanced agricultural techniques, notably terrace cultivation of wine on the steep mountainsides of Nebbiu. Those terraces make part of the most popular wine region of

Corsica, Patrimonio. The tuscan influence can also be observed in the architecture of the region and notably its popular romanesque and baroque churches.

Small pebble beaches are the mainstay of the Cap Corse and a striking difference to the immaculate white sand-turquoise water beaches of the “Desert des Agriates” in the Nebbio nearby.

Bastia with the narrow streets of its old town and its baroque architecture, and St Florent with its lovely harbour  are the two main cities of the region.

Top 6 things to do in Cap Corse and Nebbiu

Le Sentier des douaniers – located at the top of the Cap Corse, this 20km walk along the coast follows the steps which were once used by the customs (“douaniers”) to catch smugglers using the isolated location. It is a good walk combining the visit of a nice fishing village (Maccinagio), scenic views (Capo Grosso), the Santa Maria Chapel and the beautiful beach of Barcaggiu. However, it is 20 km, often under scorching heat, so take it slowly and bits by bits!

The fishing harbours – If you can only visit one, it should probably be Centuri, a cosy traditional harbour nested at the bottom of the mountainsides. Don't be fooled by its very traditional outlook, it is the largest fishing village of the Cap corse and also worth a gourmet stop for some fresh fish or lobster. Cannelle, a small scenic village located about one hour walk from Centuri is also worth a visit if you can spare the time. 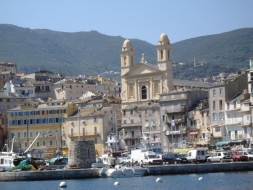 Bastia – Bastia only really became the large city it is now through the commercial development of the Genovese. It has seen a mixed architectural influence of roman and baroque which make for an interesting visit. The Citadelle, with its walls still standing and a renovation that started in the 80s, should be one of the places to explore, notably its baroque bright coloured Santa Maria Cathedral. The old Harbour with its messy narrow streets and fishing village feeling is probably the most popular sight in Bastia: the Genovese tower, the jetty and its lighthouse and, most important, its cafes where it is almost compulsory to stop for a coffee or a “mauresque” (pastis agremented with orgeat syrup). Sit down and watch life and people go by. Several churches scattered around the centre of the city are also worth a visit and, finally, end your visit by an ice cream or a dinner on place St Nicolas or the Quai des Martyrs. 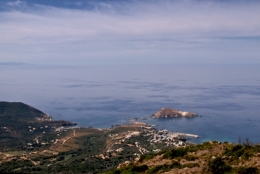 Le Desert des Agriates – formerly one of the most fertile and cultivated area of Corsica,  with olives, wheat and wine grown there, this 160sq km area on the coast past St Florent is now only inhabited yearly by a handful of people. Maquis is now occupying most of the land and,  combined with high rocky hills, it makes for a truly scenic sight. The Desert is well worth a visit. The most popular sights remain its beaches, Saleccia, Loto and Ostriconi. Ostriconi can be reached by the main road but it will take either a boat ride from St Florent or a four-wheel drive ride to reach the two others. 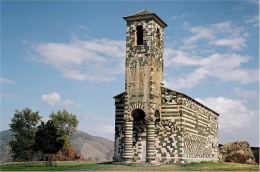 St Michele de Murato – St Michele is one of Corsica's most interesting romanesque church. Built in the 13th century by the Pisans, it is located on an elevated site (over 400m) near the village of Murato. The green serpentine and white limestone used for its construction make this fairly simple construction an unusual and eye-catching church. Murato nearby is also a beautiful village quite typical of the Nebbio style of small “hameaux” hanging, isolated, on the lush mountain sides.
[Show picture list] 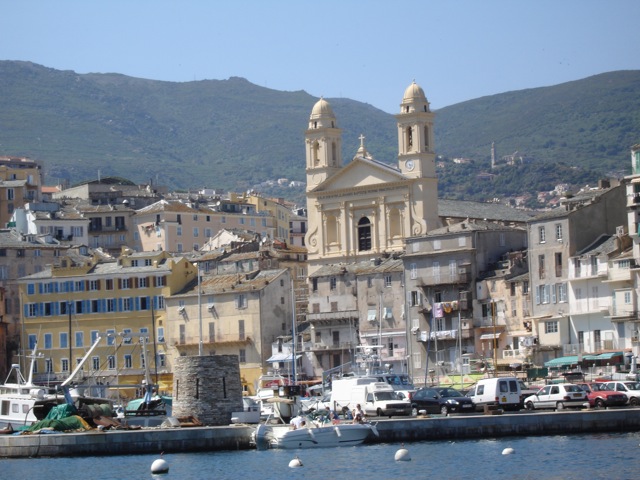 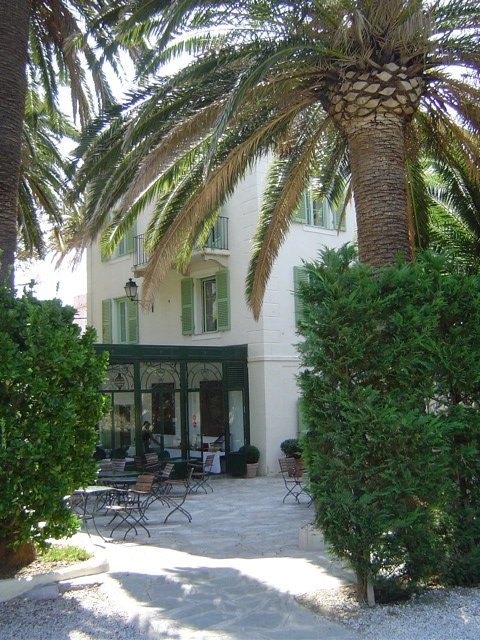 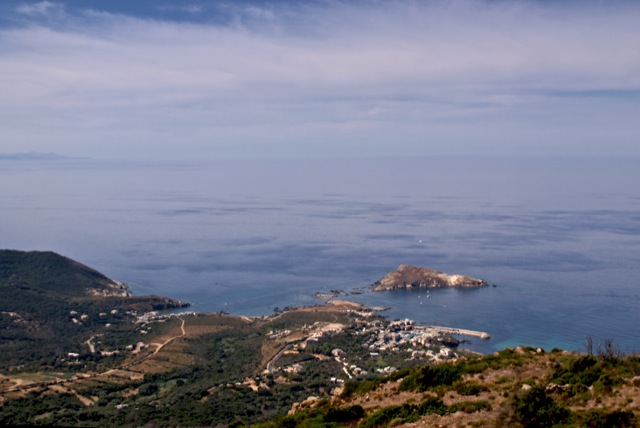 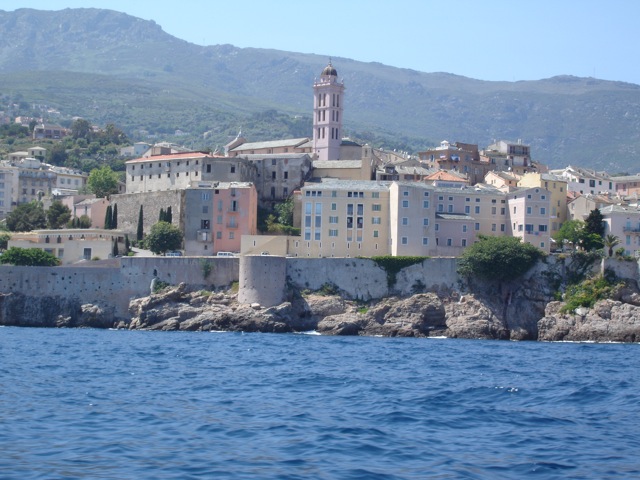 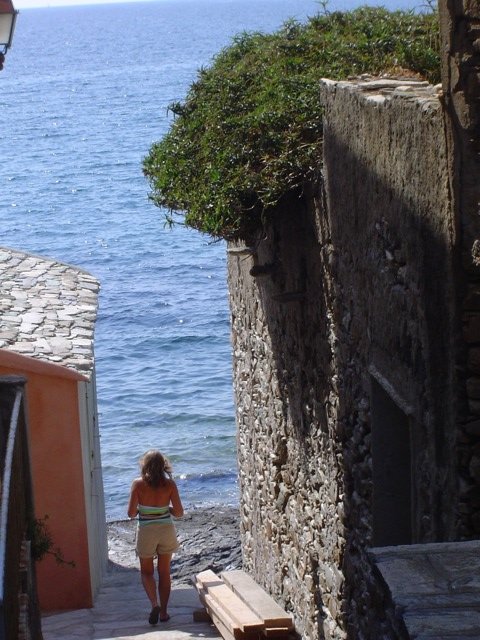 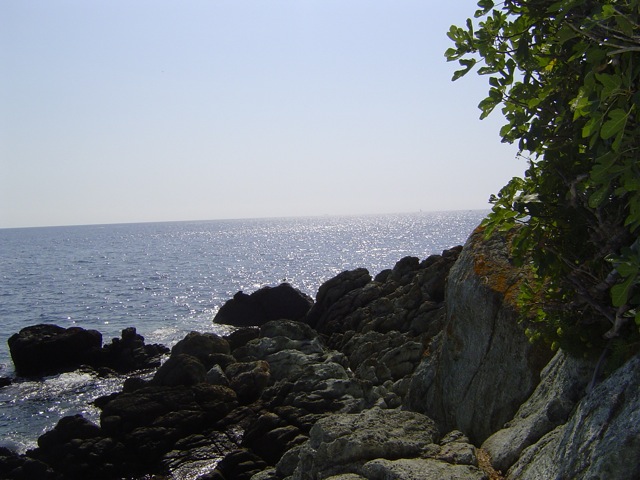 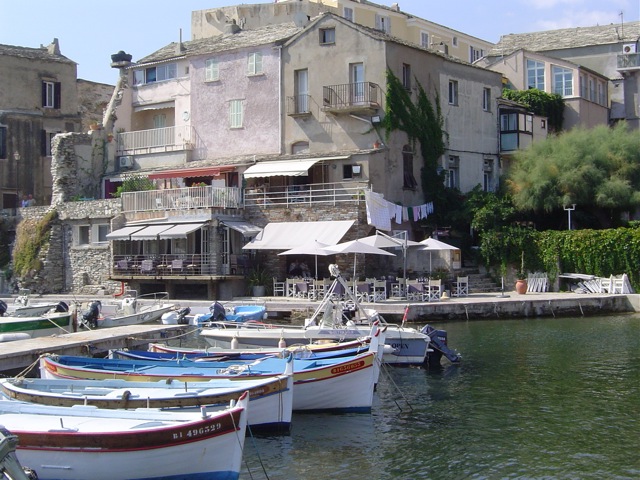 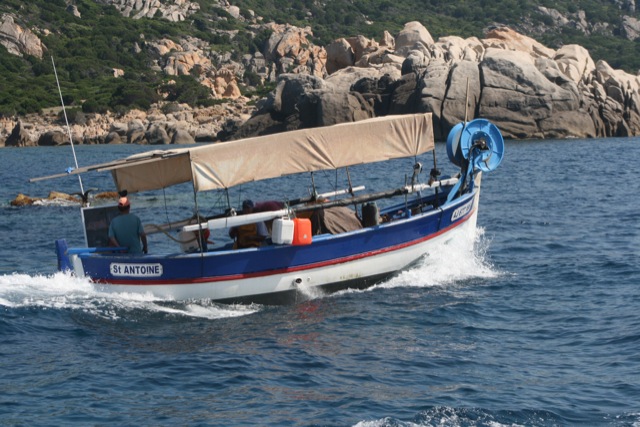 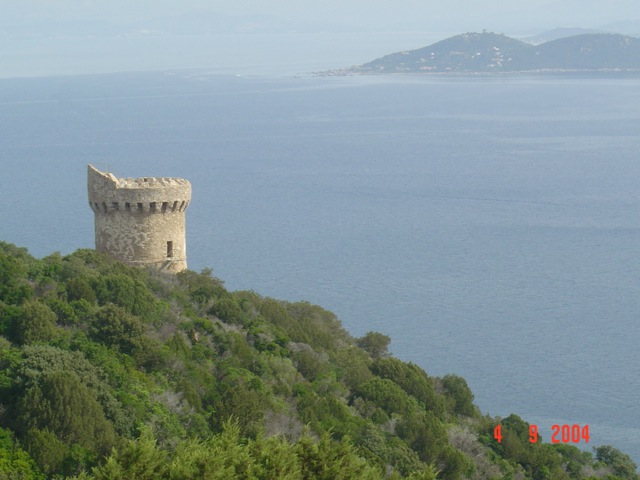 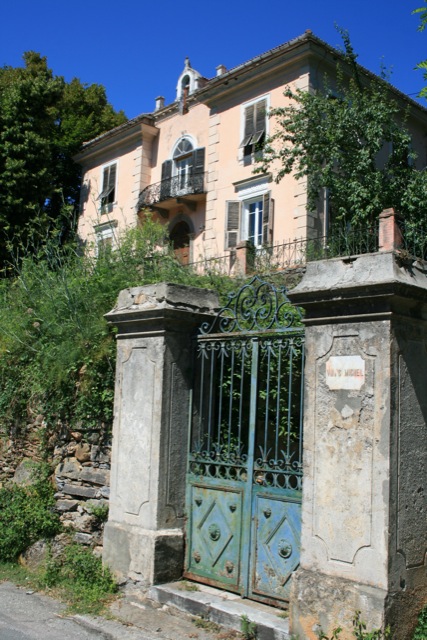 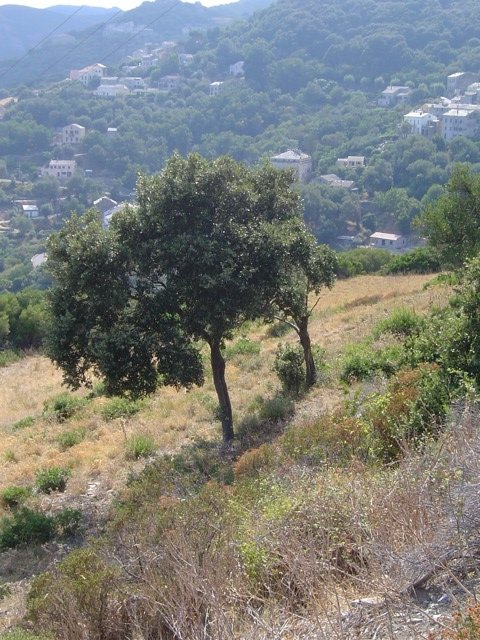 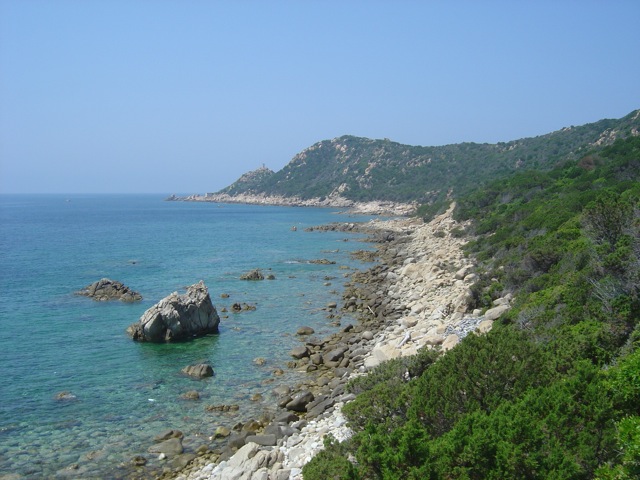 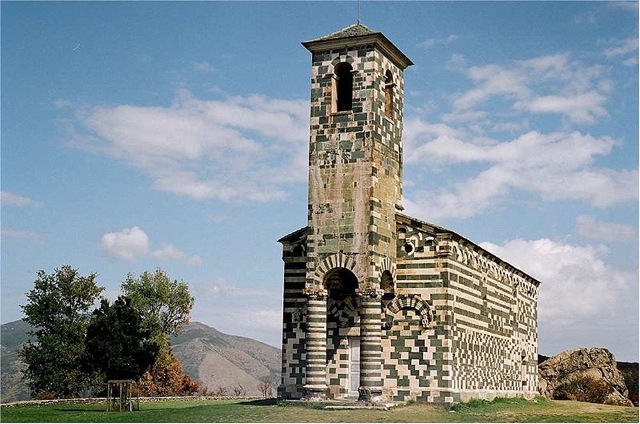 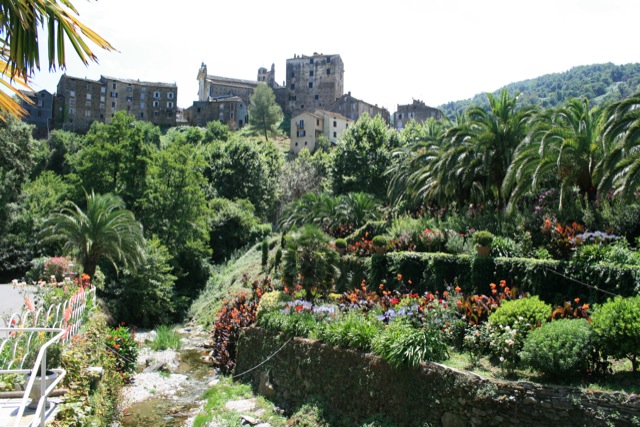 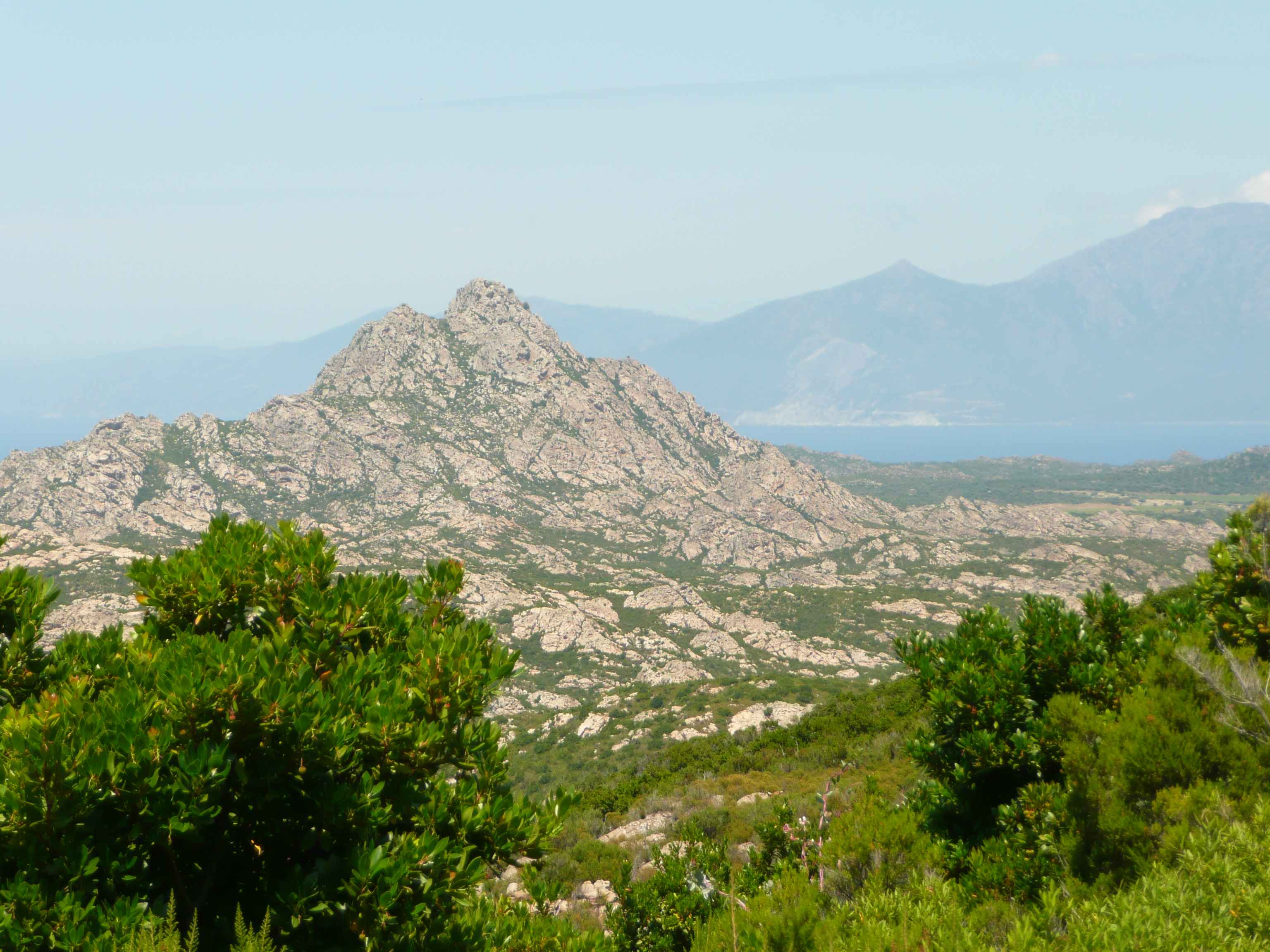